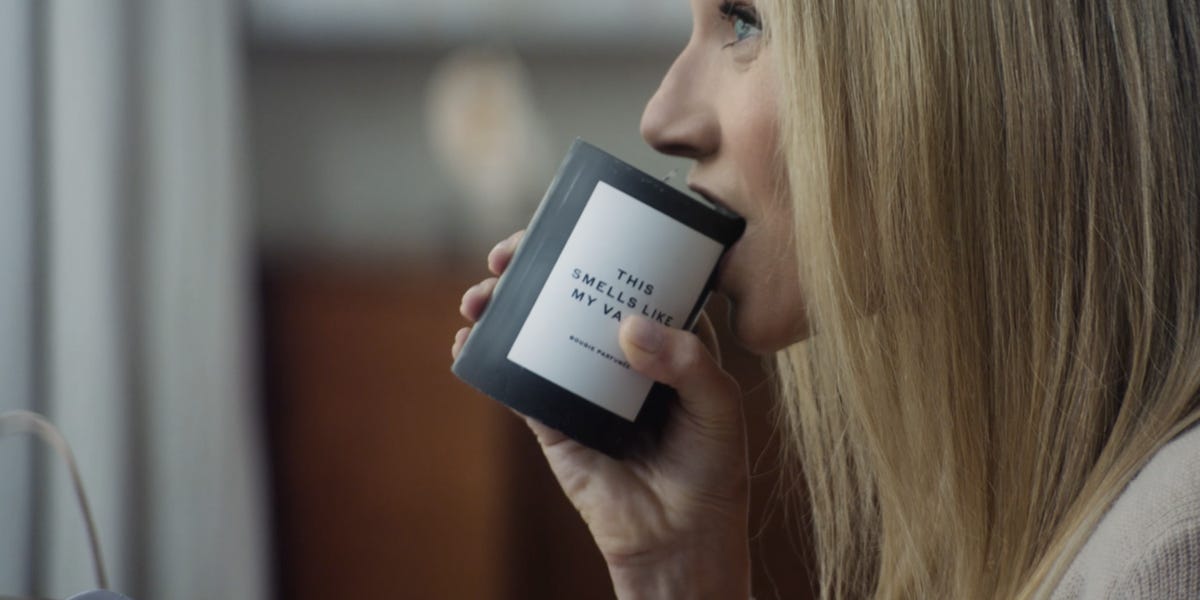 wants you to know it’s got you covered, whether it’s a late-night pizza or a Goop’s vagina-scented candle.

The company is debuting an expanded selection of its “Don’t Eats” convenience store products and sundries in its upcoming Super Bowl ad, which features a variety of celebrities biting into Uber Eats orders containing inedible items. Among them is Gwyneth Paltrow, shown munching on her lifestyle brand’s infamous $75 “Smells Like My Vagina” candle, kicking off a newly launched partnership between Uber and Goop.

The ad also features Jennifer Coolidge, Nicholas Braun and Trevor Noah gnawing on everything from sponges and paper towels to soap and crayons.

“Thanks to Uber Eats, we don’t even know what food is anymore,” a deadpan Noah says in the ad.

Uber Eats has made concerted efforts to expand its non-food verticals in recent years, which now include groceries, alcohol, convenience stores and flower arrangements.

“Nearly three million consumers order essentials beyond food through Uber Eats every month,” the company wrote in a blog post earlier this week. “That’s why, in our second big game campaign, we’re going long on that growth.”

This will be the second Super Bowl commercial for UberEats, following a 2021 spot featuring actors Mike Myers and Dana Carvey as their popular “Wayne’s World” characters.