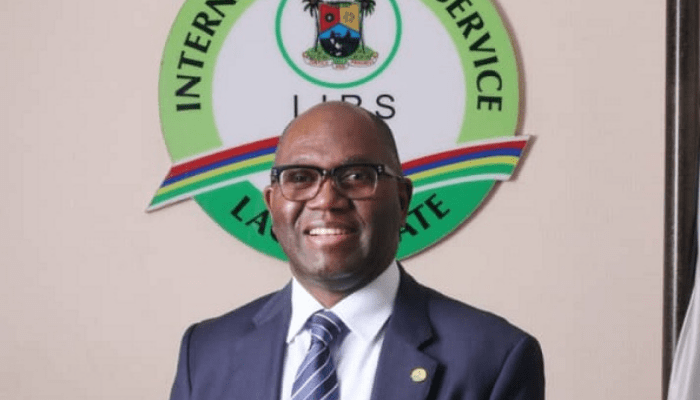 The Lagos Internal Revenue Service (LIRS), through Deloitte, a leading professional firm, on Friday unveiled its whistleblower channels to foster transparency, accountability and inclusion of the general public in state affairs.

The News Agency of Nigeria (NAN) reports that whistleblowing is the act of bringing public attention, or the attention of an authority figure, to perceived wrongdoings and activities contrary to the ethics in public, private or third sector organisations.

Ayodele Subair, Executive Chairman of LIRS, at the launch of the “Deloitte Tip-Off Anonymous for LIRS” on Friday in Lagos, said LIRS was chosen for the pilot phase because of its multi-faceted interface with the general public.

The launch, Mr. Subair said, in addition to seeking to enlighten and educate the tax-paying public about the initiative, was premised on the agency’s and the government’s commitment to ensuring high ethical standards in all of its business processes.

He said the LIRS, along with the state Department of Finance, having an oversight function, subscribed to the Deloitte Anonymous and Confidential Whistle-Blowing Facility.

Mr. Subair said the facility would foster an enabling environment for employees and other relevant stakeholders to report wrongdoing, illegal actions or financial crimes seen and/or observed in the administrative and operational activities of LIRS.

This, he said, would be done without fear of backlash as it would help assess and improve the existing system and assess the key practices needed to create an effective speaking culture.

Mr. Subair said Deloitte’s engagement as an independent evaluator was to ensure an objective and unbiased review of the issues raised.

“This whistleblower scheme would involve the reporting of acts of commission or omission that border on unethical conduct of employees, management and other stakeholders by an employee or others interested in the ways referred to the competent authorities.

“The purpose of this policy is to encourage employees and other stakeholders who have serious concerns about any aspect of the agency’s operations to come forward and voice those concerns.

“The facility is designed to ensure that concerns about wrongdoing or misconduct within the agency can be raised by any stakeholder without fear of victimization, subsequent discrimination, dismissal disadvantage.

“This facility not only provides the opportunity to report, but ensures the credibility of reports through investigation, feedback to the whistleblower and ensures the protection of that whistleblower from possible retaliation or victimization for all disclosures made in good faith,” he said. .

Mr. Subair added that all concerns would be treated confidentially with efforts to conceal the identity of the whistleblower with anonymous reports considered for their seriousness, credibility and possibility of confirmation from other sources.

He said, however, that anonymity would make it much more difficult to protect the whistleblower’s position or provide feedback.

“The whistleblower framework is a two-way affair aimed at exposing LIRS staff implicated in misconduct, employees of business entities who wish to report employers who circumvent tax laws.

“It also helps members of the public who wish to raise the alarm about individuals or entities who deliberately commit financial crimes resulting in loss of revenue to the state.

“It should be mentioned that all reports must be made in good faith, as allegations made frivolously, maliciously or for personal gain would result in appropriate penalties.

“We hope that all of our stakeholders will join us in this journey of resolute commitments towards achieving high standards of ethical conduct in the public service space, including relationships with and within LIRS,” said he declared.

Rabiu Olowo, Lagos Commissioner of Finance, said the state government through the ministry has approved the possibility of providing a reporting channel to stakeholders, employees and the general public.

Mr. Olowo noted that research showed that every minute in the workplace wrongdoings were observed daily, but people were left with very little choice, leading to the decision to remain silent, concluding that nothing could be done.

He said the initiative would remind people of their civic responsibility to report wrongdoing in the workplace or when doing business with the government.

Mr. Olowo added that the program would create a culture of accountability, raising awareness among stakeholders of the responsibility to speak up to foster a strong and effective corporate governance system.

“Without reporting it there is nothing we can do, so launching this initiative today presents a channel of trust and the least we can do is absolve them of any retaliation.

“LIRS was chosen for the pilot program because it represents a cross-cutting framework and interacts with almost all ministries, departments and agencies.

“LIRS has, over the years, increased state revenue with its current monthly average of N42 billion and reporting any crime that is not in line with government ethics can shore up revenue,” a- he declared.

Samuel Egube, Economic Planning and Budget Commissioner for Lagos, said citizen participation in governance through the whistleblower initiative opens the state to accountability and transparency.

“Better citizen engagement through channels like this would boost trust and lead to overall growth and development,” he said.

Beulah Adeoye, Partner, Deloitte, said the initiative is a whistleblower service that offers callers the opportunity to raise concerns about wrongdoing, fraud or unethical behavior in the workplace. and report them to an independent party.

He said the key notes in making a report taking precautions, no malicious calls, providing all available information.

“However, a report is not proof.

Support the integrity and credibility journalism of PREMIUM TIMES

Good journalism costs a lot of money. Yet only good journalism can guarantee the possibility of a good society, an accountable democracy and a transparent government.

For free and continued access to the best investigative journalism in the country, we ask that you consider providing modest support to this noble endeavour.

By contributing to PREMIUM TIMES, you help sustain relevant journalism and keep it free and accessible to everyone.

Launch of independent agency alliance Fortified in the South East