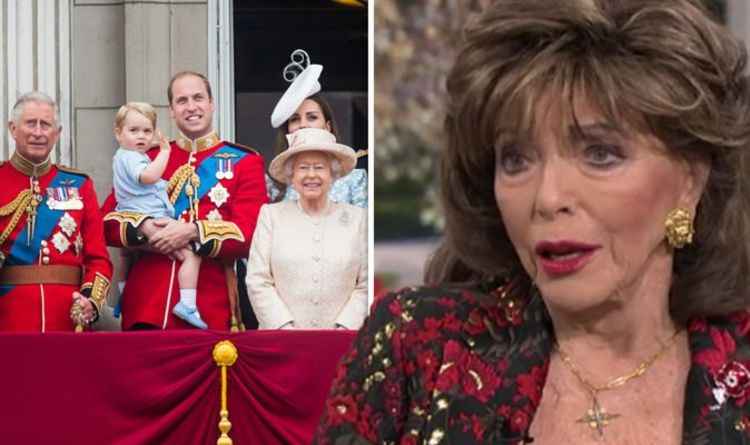 Joan Collins sparked an argument after calling Royal “the most boring” – “He wasn’t happy!” | Television and radio | Show biz & TV

Dame Joan Collins joined Holly Willoughby and Phillip Schofield on Thursday on This Morning to discuss her new autobiography My Unapologetic Diaries. However, as the actress teased the many entertaining stories featured in the book, she revealed that she once offended a member of the royal family by calling them “more boring.”

Responding to some of the controversial comments Joan has made over the years, Phillip asked, â€œHas anyone been offended?

â€œYes, a person,â€ Joan replied. â€œI received a report that a member of the royal family – not necessarily a frontline royals – was offended by what I said about him.

â€œBut it was reported to me by someone else who was royal and said, ‘He’s one of the most annoying royals,’ so I wrote that.

â€œHe didn’t like that he said to my friend, ‘Why would she write that?’ and then the friend said, ‘Maybe because you are.’ â€

â€œThey were spot on with feelings and attitudes saying what I saw,â€ she continued.

“Maybe I could change my mind about some of these things if I saw Pamela wearing a nice dress like [Hollyâ€™s wearing] but I have seen her several times and she does not.

Discussing her next project, she said: â€œI write about my Covid diaries.

â€œI just feel like everyone is terrified of saying the wrong thing today.

Terry Crews gets roasted for staring in Amazon ad