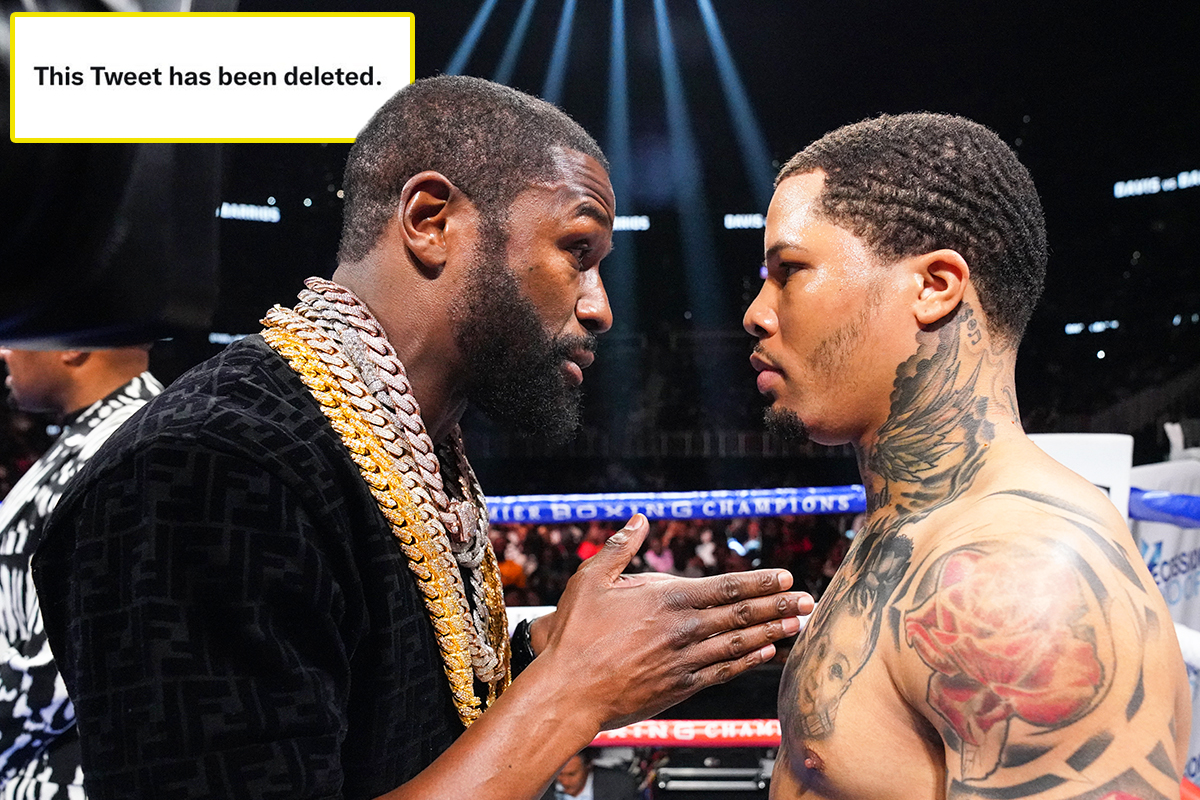 The lightweight star is represented by Mayweather Promotions and was at a press conference today to promote his upcoming fight against Rolly Romero on May 28 in New York City.

However, Floyd himself was not present.

Instead, the retired boxing legend was hosting his own presser to promote his upcoming exhibition bout with Don Moore on May 14 in Dubai.

Some at Gervonta’s press conference questioned why Mayweather wasn’t there given he attended media events surrounding his man’s last fight with Isaac Cruz in December.

It’s unclear exactly what happened in the meantime, but it seems the pair aren’t on good terms like they were back then.

After both events were over, Gervonta appeared to direct a tweet at Floyd.

He said, “Lol, nigga had a press conference today and [a] fight the same day.

“No matter how much money you have, you can still be jealous of an mf. Boy.”

If there was a falling out, it wouldn’t be the first between the pair.

Gervonta also tweeted recently to state that his contract with Mayweather Promotions is up and running after his next fight, raising questions about what this all means for the future of one of boxing’s biggest up-and-coming stars.

OFFER OF THE DAY

Sky Bet: Bet Anything and Get €30 Free Bets* CLAIM HERE