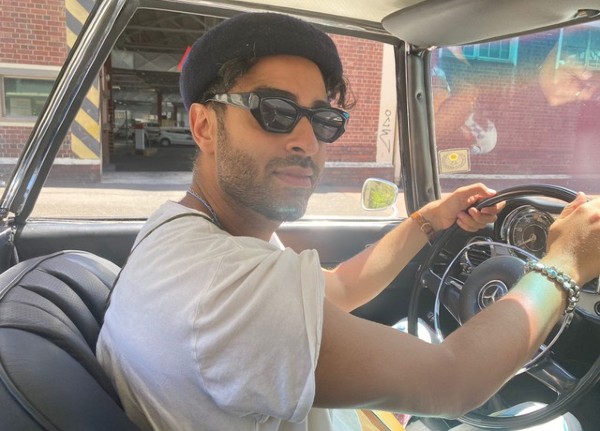 The mono-monikered Ehsan (who earlier in his career was known as Ehsan Bhatti) had already been replaced by tracks in the American advertising market. It is currently managed by Friend in the UK, Spy Films in Canada, Quad in France, Grayskull.tv in Spain, Represent in Germany and Ransom Films in India.

Ehsan, who grew up in North London, said: “I love the idea of ​​telling stories through a subversive lens. Making someone smile for me is the most powerful way to get a message across. A little surreal and sometimes downright silly, it’s the everyday magic that my work aims to capture. Drawing from my own lived experiences, I want to break down boundaries without preaching, owning the narrative, dispelling stereotypes without ever taking it too seriously.

An adept image-maker ever since he first slung his father’s Nikon-FM camera on his shoulder, Ehsan initially became obsessed with cinema upon discovering Sergei Eisenstein and Soviet montage films, inspired by the notion of the enormous influence of cinema on our view of the world. After earning degrees in architecture and graphic design, Ehsan launched his film career on the back of the DJ to self-finance his first short films.

His early business ventures were fashion-focused, for clients such as Louis Vuitton and Burberry, then quickly evolved to include a diverse range of top brands such as Nike, Google, Samsung and the NFL.

Ehsan said, “For me, cinema is the most expansive platform to shed light on the faceless and the voiceless; for untold stories to be shared. Beyond my creative role as a director, I want to make sure that I also create opportunities, opening doors while opening minds. So naturally, Ehsan uses cinema as a platform to reinvest in the communities in which he is involved as a diversity activist.

A self-described “tanker”, Ehsan has also produced highly visual campaigns for BMW, Porsche, Jaguar and Lexus. His commercials for Vertu and Adidas have both won the Cannes Lions. Ehsan has also won two Kinsale Shark Awards and two Creative Circle Awards for his directorial skills in advertising. Additionally, Ehsan shot a documentary in Ethiopia for the BBC, 25 years after Live Aid.

Mal Ward, Managing Director and Associate of Arts & Sciences, commented: “The second you meet Ehsan, you feel the energy, the passion and the totally original vision that radiates from him.

Top 3 stocks to watch from the advertising and marketing industry – April 26, 2022

Advertising group WPP looks up to explosion in digital demand